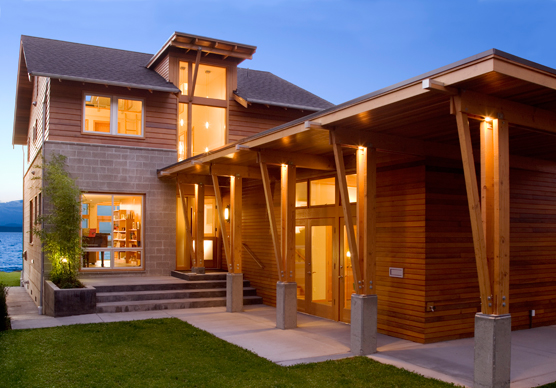 A house on beach drive that I'm using as design inspiration

When I set my sights on something I rarely miss the mark. When I was 15 I went to the library, checked out a book on careers. I went to the index and found the highest paying job I could find with the word art in it. Art Director.

A year or two later, college recruiters came to our campus and when NYU had a meet and greet, I was the only one who showed up. I loved everything she said about NY and I was hell bent on getting there, even though no one I spoke to supported that idea. In fact, many people told me things like, “You’ll be miserable.” and “You’ll be broke.” and “You’ll hate it.”

As a freshman at NYU, one of my classmates gave a presentation on the Ad agency she was an intern at, within a couple of weeks I was working there. Ever since then, I haven’t really had a strong dream. And right now I would love to have something in my sights to shoot for. Instead I’ve had short term wants and desires. I’ve gone on most of the vacations that I’ve wanted to go on. I remodeled my kitchen the way I want it. I’ve bought cars I like. Recently someone mentioned having a bucket list. I don’t even have one of those.

All I can think of is wants, and now I am aiming big. I want a bigger house. Tom and I dream of having a master suite upstairs with a bedroom we can do yoga in and a master bathroom. We want a guest room, so our family can stay with us. I also want a dining room, so that I can feed more than four people. Rather than waiting until I feel rich to start the project, I decided to find a way to set the plan in motion.

Today I met with Doug and Laura of Mighty House. They are a lovely couple who have made a business doing green building. I needed an answer once and for all whether or not a second story was feasible, or even a good idea. They gave me some options and some rough price tags. Next they are going to introduce me to some architects. Once I have a drawing I can pin it on my wall and start making it happen.

Until I have a dream of what kind of business I want to build, or what my dream title is, I thought I would practice my manifestation skills with this. At least setting a dollar amount of how much money I want to make and by when would light a fire under me. It’s a big beautiful 2-story dream carrot.

One thought on “Day 81: Setting my sights on bigger things”